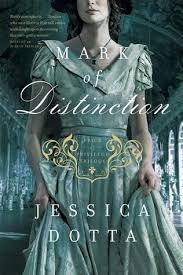 London is said to be the glittering jewel of society, a world unto itself—but to Julia Elliston it is a city of shadows. Her life is swiftly dissolving into scandal. And in Victorian society, even a whisper of scandal—substantiated or not—can be the death of a young woman’s reputation.Now under the watchful eye of Lord Roy Pierson, one of most influential men in England, Julia begrudgingly accepts his protection. But Chance Macy’s power is far-reaching as well, and he is eager to assert his claim over her.Thrust into society as the Emerald Heiress, Julia is the toast of London, a celebrated curiosity. But in reality she’s trapped between the clutches of two powerful men. Aided only by a gentleman whose intentions she prays she can trust, Julia must finally take control of her own fate—but outwitting one’s foe rarely goes according to plan.

I'm going to start this post with the story of how I encountered this series. I have a tendency to visit a Bethany House Free E-book web page every day. I think this site has alerted me to more than fifty free e-books in the last few months. A bit more than a month ago I found this book on the Tyndale bloggers webpage, thought it looked interesting and signed up for it. Maybe a week later I found a book called Born of Persuasion as a free e-book. During school one day when I was particularly bored I decided to read it. I really liked it, so I went looking for the second book in the series and lo and behold: I ordered it through reviewing! I was so excited I screeched.

Saying that, it is necessary to read them in order. The series really builds depth of intrigue from novel to novel and it almost reaches the gothic novel level. The book isn't a light easy fluffy read, and I think that it suits the period of time that the book is set in. Julia, our heroine, does get a bit whiny and Mary-Sue-ish, but I think it really adds to the underlying hysteric tone. Really well done.

As to being the second, it was really fulfilling. Without mentioning any specifics, you get to learn a lot more about the circumstances that caused and surround the situation and we finally learn more about Macy. We also get more Edward, so cute how couldn't you like him? There is of course more romance, which leads me to the love rectangle. I don't personally like reading about love triangles and etc, but it was however tastefully done and thankfully simplified. During any one scene we only deal with one of the three or four triangles that make up the rectangle at a time. With this girl it is practically all roads lead to Edward.

I received a copy of this book from the publisher in exchange for my honest review. Enjoy reading!
Posted by Dom at 6:43 PM No comments: 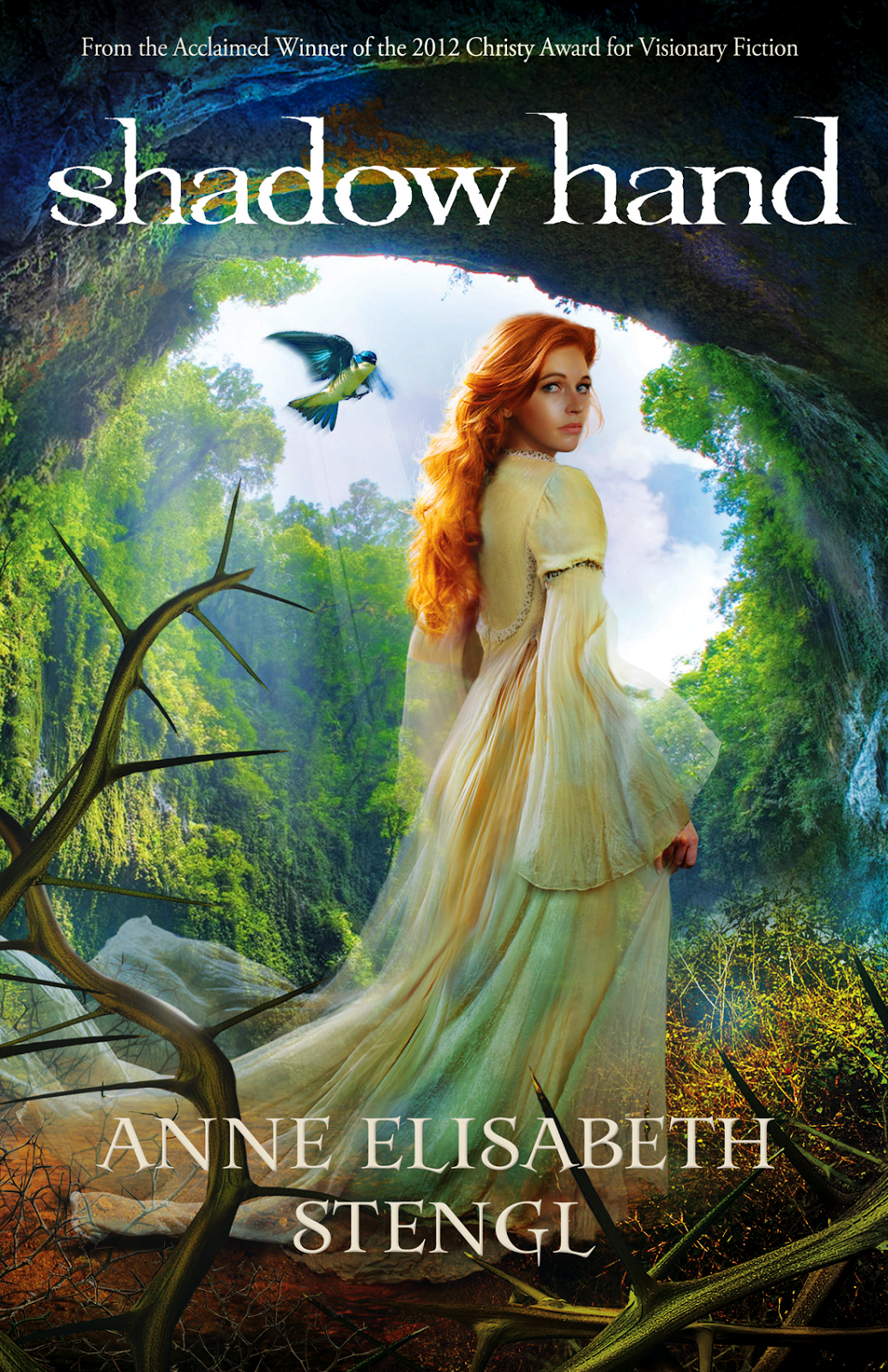 This is a story about blood.
And love.
And the many things that lie between.By her father's wish, Lady Daylily is betrothed to the Prince of Southlands. Not the prince she loves, handsome and dispossessed Lionheart, but his cousin, the awkward and foolish Prince Foxbrush. As her wedding day dawns, Daylily flees into the dangerous Wilderlands, her only desire to vanish from living memory.But Foxbrush, determined to rescue his betrothed, pursues Daylily into a new world of magic and peril, a world where vicious Faerie beasts hold sway, a world invaded by a lethal parasite. A world that is hauntingly familiar.

Starting off I think it is important to insist that the books be read in order of publication. While the books don't follow each other chronologically all the time, each book helps build on a set of characters that flow throughout the series. Before Shadow Hand, you would be fine in terms of understanding, I after all read them out of order, but this one really puts a kabosh on that.

Out of all the books in Goldstone Wood I think that Shadow Hand is the hardest to follow. Which really says something because even the novella is just as complicated as most Russian Literature. But what really sets this one apart is that the book switches timelines! Each previous book stuck with a specific period of time, it might have jumped a bit in order to allow for different character points of view, but it was generally the same. Not so here! Here characters Time Travel.

As for the novel itself, it picks up a bit after Lionheart has been redeemed. Lionheart does get a nice role in the story, I think it does a good job of validating his existence (previously I just found him annoying). We also get to see Prince Felix again (Una's brother), and I think he might be ready for his own novel; the Baron and Baroness of Middlecrescent (Daylily's parents) and boy are they a hoot, I think they make up a good portion of the novel's comic relief; and a small appearance from our favorite King of Kings-the Prince of Farthestshore.

I received a copy of this book from the publisher in exchange for an honest review. I hope you enjoy the newest novel in the Tales of Goldstone Wood.
Posted by Dom at 7:07 PM No comments:

Gardner of the Spud

A Beauty So Rare Pink is not what Eleanor Braddock ordered, but maybe it would soften the tempered steel of a woman who came through a war--and still had one to fight.

Eleanor Braddock--plain, practical, no stunning Southern beauty--knows she will never marry. But with a dying soldier's last whisper, she believes her life can still have meaning and determines to find his widow. Impoverished and struggling to care for her ailing father, Eleanor arrives at Belmont Mansion, home of her aunt, Adelicia Acklen, the richest woman in America--and possibly the most demanding, as well. Adelicia insists on finding her niece a husband, but a simple act of kindness leads Eleanor down a far different path--building a home for destitute widows and fatherless children from the Civil War. While Eleanor knows her own heart, she also knows her aunt will never approve of this endeavor.

Archduke Marcus Gottfried has come to Nashville from Austria in search of a life hedetermines, instead of one determined for him. Hiding his royal heritage, Marcus longs to combine his passion for nature with his expertise in architecture, but his plans to incorporate natural beauty into the design of the widows' and children's home run contrary to Eleanor's wishes. As work on the home draws them closer together, Marcus and Eleanor find common ground--and a love neither of them expects.
But Marcus is not the man Adelicia has chosen for Eleanor, and even if he were, someone who knows his secrets is about to reveal them all.

Tamera Alexander has written an elegant book that is marked with colorful (clean) language and a diverse cast. With several hundred pages to go, the beginning starts slow and moves at Eleanor's pace. It quickly picks up a few slower moments scattered throughout the text.  A Beauty So Rare is the second book in the Belmont mansion series, but I don't feel at a disadvantage having not read them in order. They seem to be stand alone.

One of the pick up lines for the book is that Eleanor doesn't like pink, but I don't remember the answer. I guess I am just going to have to read it again. Yay!

I received a copy of this book from the publisher in exchange for my honest review.
Posted by Dom at 6:48 PM No comments:

Caught in the Middle

She Wants the Freedom of the Open Plains. 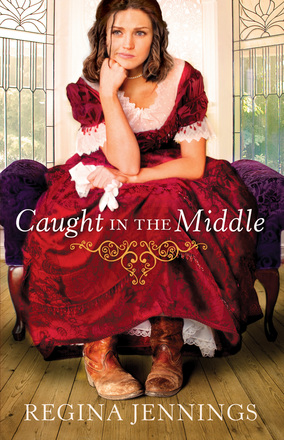 He Wants the Prestige of a Successful Career.
Neither is Ready for What Comes Instead. The train to Garber, Texas, is supposed to bring life's next victory to Nicholas Lovelace. Instead, it gets held up by robbers who are thwarted by the last person Nick ever expected--Anne Tillerton from back home in Prairie Lea. Anne's been hiding away as a buffalo hunter. She's only in town to find their runaway cook, but the woman flees--leaving Anne with her infant son. With Nick the only person Anne knows in town, the two form an unlikely team as they try to figure out what to do with the child. But being in town means acting and dressing for polite society--and it's not going well for Anne. Meanwhile, Nick's work is bringing new pressures, and being seen with a rough-around-the-edges woman isn't helping his reputation. Caught between their own dreams, a deepening relationship, and others' expectations, can the pair find their way to love?

As the third book in the series, it was a fantastic conclusion to the mystery haunting the first book. I would highly recommend reading in order. Although each book follows a different character, each book comes a few years after its predecessor.

In Sixty Acres and a Bride, a book I discovered by accident when I was bored and have been grateful for since then, we met Anne Tillerton and continued that acquaintance through Love in the Balance. Finally we get to really know Anne. I thought that she was a fantastic choice while Rosa and Molly were women, Anne is much more the man with britches and hunting buffalo for a living.

The book was well written and continued in he same spirit as the first two. I enjoyed the Christian aspect of the book thoroughly. Anne must come back to God and Nick must learn that being saved doesn't save you from trials and tribulation. In the end they must remember that "For I know the plans I have for you" says the Lord "plans to prosper you and not to harm you, plans to give you hope and a future" Jeremiah 29:11.

I received this book as an incentive to write a review from a publisher.
Posted by Dom at 4:57 PM No comments: